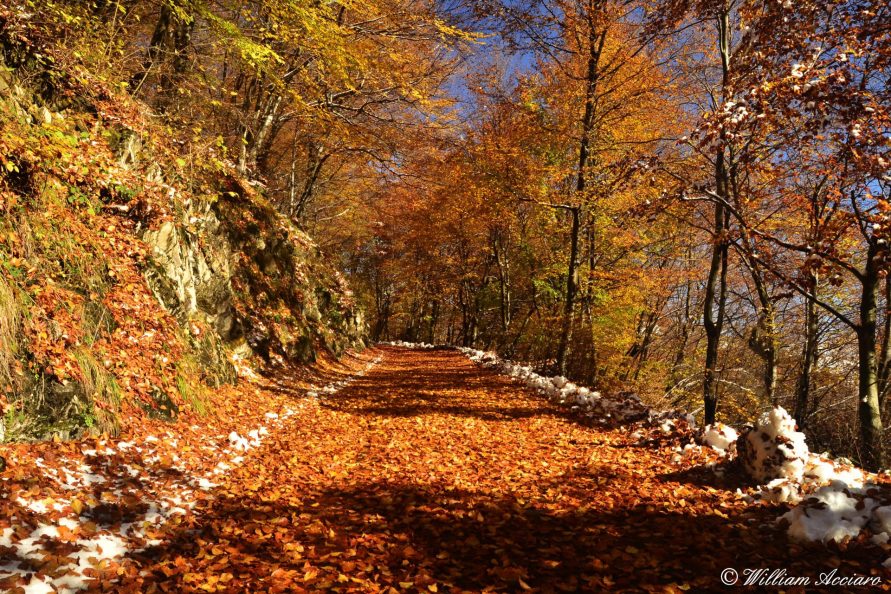 Lake Como and the surrounding landscape are one of the beauties of the Belpaese. To discover this enchanting place, there is nothing better than taking the Greenway of Lake Como

It is a route about 10 km long that winds through the lush nature between historic villages of great cultural interest, luxurious eighteenth-century villas, and elegant gardens.

The Greenway can be traveled easily in just over three hours along its entire length from Colonno to Griante: but it is also possible to travel only one of the 5 sections that make it up, well marked by clear signs along the route.

The first section of the Greenway of Lake Como starts from the historic center of Colonno, a picturesque village at the foot of Mount Costolone. Colonno is crossed by the ancient Via Regina, an ancient Roman road so-called because Queen Theodolinda used to cross it: a road that can be traveled on in some parts and which offers truly unforgettable views of Lake Como. 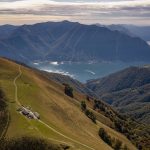 Between terraces and olive groves you reach Sala Comacina, on the western shore of the lake, and in front of the beautiful Isola Comacina.

Sala Comacina is located in the so-called “zoca de l’oil”, an area where the waters are calm as oil and with a particularly mild and pleasant climate, so much so as to favor an exceptional growth of Mediterranean vegetation including olive trees, lime trees and laurels.
In Sala Comacina, a village full of romantic arches, bridges and narrow streets that flow into the pretty Piazza Matteotti, stands Villa Rachele. The nineteenth-century building, which housed the illustrious Alessandro Manzoni, is visible in all its splendor especially from the lake, with its semicircular terrace located right on the edge of the water; the park of the villa is beautiful with the presence of plane trees and a magnificent and majestic cedar of Lebanon.

The second section of the Greenway of Lake Como starts from Sala Comacina to reach the splendid Ossuccio, a town with a Mediterranean climate also located in front of the Comacina island. The islet has had great importance since Roman times, with General Francione who strenuously defended it from the Lombards. There are many early Christian finds dating back to the early Middle Ages on the lush island, including the 7th century Church of Santa Eufemia.
Ossuccio is a village, part of the municipality of Tremezzina, full of places of great interest, such as the Romanesque Church of Santi Giacomo e Filippo, located in a real postcard place: inside the 10th century building there are very ancient frescoes , some of which depict St. Christopher dressed as a king. The Bell Tower of Santa Maria Maddalena is also very picturesque: its peculiarity is the Gothic-Moorish spire, decorated with arches and bas-reliefs, placed on a Romanesque tower.

But certainly the symbolic place of Ossuccio is the Sacro Monte, a UNESCO heritage site, on top of which the Sanctuary of the Madonna del Soccorso of the sixteenth century protrudes: during the panoramic ascent there are 14 small Baroque chapels built between the 1600s and the eighteenth century to remember the mysteries of the rosary. 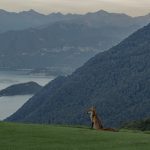 The third stage leads to the hamlet of Lenno overlooking the Gulf of Venus. Its lakefront offers superb views of the Bellagio promontory. Visits to the beautiful and elegant Villa Balbianello, located on the promontory of Lavedo and heritage of the FAI, depart from the Lido di Lenno. Villa Balbianello dates back to 1787 and was commissioned by Cardinal Durini overlooking the lake, with the magnificent terrace garden dominated by refined loggia: in the villa, there are eighteenth-century furniture and collections of pre-Columbian, Chinese, and African art.

In Lenno, it is also possible to visit the lovely Church of S. Stefano, rich in frescoes from the Luinese school dating back to the 1300s, and the Church of San Giovanni Battista, both part of an ancient sacred area that was once enclosed.

The fourth route of the Greenway of Lake Como connects Lenno to Tremezzo, passing through the Imbarcadero: Tremezzo, defined as one of the most beautiful centers in Italy, is the place that perhaps most of all concentrates beautiful villas and luxurious hotels located essentially at the lakefront. In Tremezzo there is Villa La Quiete also known as “La Gioconda”: built in the 18th century in a classical style and rich in Baroque decorations, it housed Parini.

The seventeenth-century Villa Carlotta is also very beautiful, rich in works by Canova; its Italian-style gardens are wonderful with tall green hedges that touch the lake waters, fountains and variegated vegetation made up of ferns, bamboos, plane trees, sequoias, and finally azaleas which show their most beautiful side in spring. 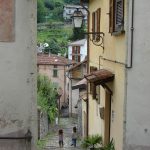 The Greenway of Lake Como finally ends in Griante, a village that rises right on the central part of Lake Como, in front of the ever-present Comacina island and with the Dolomite mountains in the background.

Between the nineteenth and twentieth centuries, Griante became the favorite tourist destination of the Germans and the British, due to the placid and peaceful atmosphere that has always been breathed in the town. It is not surprising that here Giuseppe Verdi, at Villa Ricordi, composed some of the most beautiful arias of the “Traviata”, or that Stendhal found inspiration to write “La Certosa di Parma”.

Your holiday between nature and comfort: comfortable bungalows, mobile homes or an apartment for rent, or spacious pitches with power connections for tents, caravans or campers.